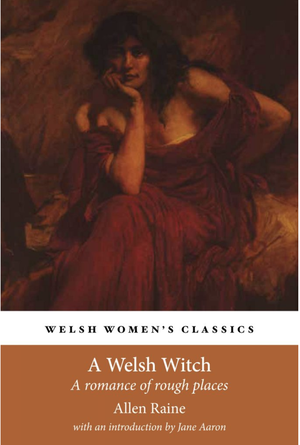 Allen Raine (the pseudonym of Anne Adalisa Evans) wrote eleven novels and a collection of short stories during her lifetime. Her fiction includes wise women, spiritualists, madness, theft and attempted euthanasia, along with devoted friendships, secrets kept and promises honoured. She was a best-selling author in both Britain and America, with her work selling over two million copies, and two of her novels – A Welsh Witch (1902) and Queen of the Rushes (1906) were republished by Honno in 2013 and 1998. Yet she still has just a small grey plaque on the family home in Newcastle Emlyn, west Wales which simply states her name and her dates: 1836-1908, and remains a relatively little-known name in Wales.

I first encountered Raine when conducting research for my PhD on Welsh women’s writing in English. My project demonstrates that women used literature to express the voice denied to them in the traditional avenues of theological college and the church and (to a lesser extent) the chapel. Raine is particularly relevant as her religious background, a mixture of Nonconformism and Anglicanism, meant that at a time when religion was still, despite increasing secularism, a defining part of people’s lives, she wrote even-handedly about both traditions. As I read her work and her diaries and visited her home town, her church and her grave, I came to realise just how important her voice still is for contemporary women. Raine’s work is important in bringing the tradition of Welsh women’s writing In English to greater attention, but she is also a reminder that in an age where women still face opposition in the church, there is a long fight still ahead for equal recognition. 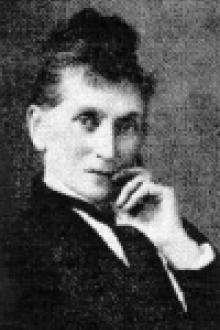 Raine did not write only about religion; rather it is one part of the background to her novels which brings them to life. Despite many years living in London, all Raine’s novels are set in Wales and have a distinctly Welsh flavour, and her work features characteristics of the landscape which are still identifiable today. The Ship inn still stands at Tresaith beach and the waterfall still falls, dramatically, into the sea from the cliffs above. She created a world in which people are people – flawed, misguided and loving – inspired by, and set in, the Wales she herself loved so much. At a time when novels set in Wales were regarded with suspicion by publishers unfamiliar with the country and unsure how their readers would respond, her refusal to compromise in this regard was, and remains, inspirational. This is another reason why Raine is so important – she offers a unique insight into the people of Wales, a nineteenth- and early twentieth-century Wales which can only now be encountered secondhand, yet also offers a voice which can still be heard, commenting on and daring to criticise aspects of the church. As women still strive for equality in this part of society, women like Raine remind us how far we have come and how much further we need to go.

Allen Raine died on 21st June 1908 of breast cancer. She is buried with her husband at St. Michael’s, Penbryn, the church in which they married in 1872. Her final novel, Under the Thatch, was completed by her nephew Lyn Evans and published posthumously in 1910. Her diaries are currently held at the Glamorgan Archives Office in Cardiff.

◼️Honno will be republishing Raine’s Garthowen (1900), with an introduction by Juliet, in 2027 if not sooner.

Author: Juliet Larsen is working on her PhD thesis, ‘Religion, Belief and Landscape in Welsh women’s writing in English, 1847-1910’ at the University of South Wales. Her project demonstrates that during a time in which women’s influence in the church and chapel was limited, they turned to literature to expound their religious beliefs, using works of fiction to educate, to sermonise and to express their voice. By focusing on religion, other belief systems such as folklore and superstition, and the sacred landscape, she hopes to draw attention to these under-researched areas in the field of Welsh writing in English.