Five historical romances to escape into during a pandemic 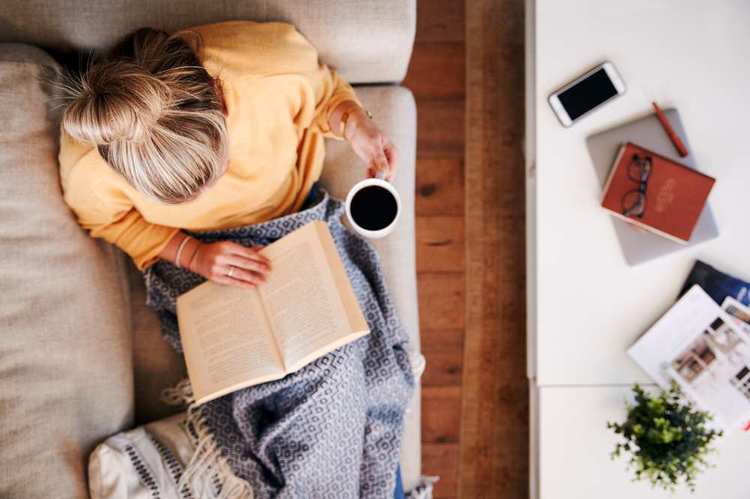 Georgette Heyer kept only one fan letter. It was from a Romanian political prisoner who had raised her cell-mates’ spirits over a 12-year incarceration by retelling the story of Heyer’s Friday’s Child.

“Truly,” she wrote, “your characters managed to awaken smiles, even when hearts were heavy, stomachs empty and the future dark indeed!”

In times of stress, many of us crave a little light relief and, ideally, a happy ending. During the second world war, readers turned to historical romance for a past which seemed more colourful than the dreary present of restrictions and rationing. A young war-worker told the Mass Observation organisation, which recorded everyday experience, that she liked “books dealing with some costume period when smugglers had the rule of the seas. I like books to take me into another world far from the realities of this one”.

This is a genre in which women have excelled, particularly in the 20th century. Indeed, by the mid-20th century the historical novel had become so associated with female writers and readers of “costume romance” that the entire genre was dismissed by critics as merely escapist. It was not until the 1990s that historical fiction began to be taken seriously again.

And yet, as is so often the case with genre fiction, historical novelists have used formulaic plots and tropes to disguise controversial material and smuggle it past the censors.

As during the second world war, we are once again facing a period of great upheaval and as such our reading habits have changed to reflect that. A recent survey found that we are reaching for books that offer comfort in their formulaic narratives.

Historical romance allows us a space of relief from present worries but these novels are more than just escapism. While their narrative arcs may be familiar, they also ask still-crucial questions about the politics of gender, sexuality, class and nationhood.

The Masqueraders (1928) by Georgette Heyer

Considered the inventor of the Regency romance, Heyer is admired for her authentic period detail. A superb stylist (she described her prose as a mixture of Jane Austen and Samuel Johnson), she is also a brilliant comic writer. The Masqueraders is one of her most engaging novels, not just for the entanglements that ensue when a brother and sister swap clothes to avoid detection as escaped Jacobites but also because it poses questions about gender identity which resonate today. Reading it you may wonder to what extent is gender a matter of costume, a masquerade which we all perform.

My copy is now yellowed with age but each time I dip into it I am transported to Restoration Cornwall and the lush green-shadowed enchantments of a hidden creek in midsummer where a pirate ship is anchored in secret. Just shy of her 30th birthday, Dona St Columb slips away from her husband and children and dresses as a cabin boy to go adventuring with her French pirate lover. Written during war-time, du Maurier’s novel evokes an imagined past as a space of freedom for women who can escape their restrictive domestic responsibilities only “for a night and for a day”.

The Lymond Chronicles (1961-75) by Dorothy Dunnett

The first book from The Lymond Chronicles.

For anyone who has more time to read during lockdown, Dunnett’s six-volume series offers the pleasures of a vast historical canvas stretching across sixteenth-century Europe from Scotland to Russia and North Africa. Genre fiction often allows women writers to ventriloquise male characters and Francis Crawford of Lymond, a charismatic but troubled young Scottish nobleman, is a hero of quicksilver complexity and many disguises. As he negotiates the power politics of Europe, particularly the fractious relationship between Scotland and England, Dunnett traces the beginnings of the modern world in the building of nation-states and the development of new art and culture.

Tipping the Velvet (1998) by Sarah Waters

In this subversively sexy picaresque novel set in 1890s London, Waters exploited the conventions of historical romance to slip a lesbian love story into the mainstream. Her appealing narrator Nan King is a working-class oyster girl from Whitstable who becomes a music hall “masher” or male impersonator, then a rent boy and finally the kept “tart” of a wealthy socialite before she finds happiness among a group of socialists. Intelligent, witty and stylish, the novel reimagines a lost lesbian history through vivid sensual detail, evocative period slang (the title is a sexual euphemism) and a satisfyingly complex plot.

The Other Boleyn Girl (2001) by Philippa Gregory

This was the novel which ignited our current passion for the Tudors and recovered the story of Mary Boleyn, mistress to Henry VIII before her more famous sister Anne married him. With two heroines Gregory can negotiate one of the most tricky elements of historical romance: the fact that with “real” historical figures we already know the ending (and who doesn’t know that Anne Boleyn had her head cut off?). The heart of this often contentious novel is the relationship between the two sisters as they choose different ways to negotiate the dangers of the Tudor court and decide whether to marry for ambition or love.

This article is republished from The Conversation under a Creative Commons license.