What does the writing of Christopher Meredith tell us about modern Wales? 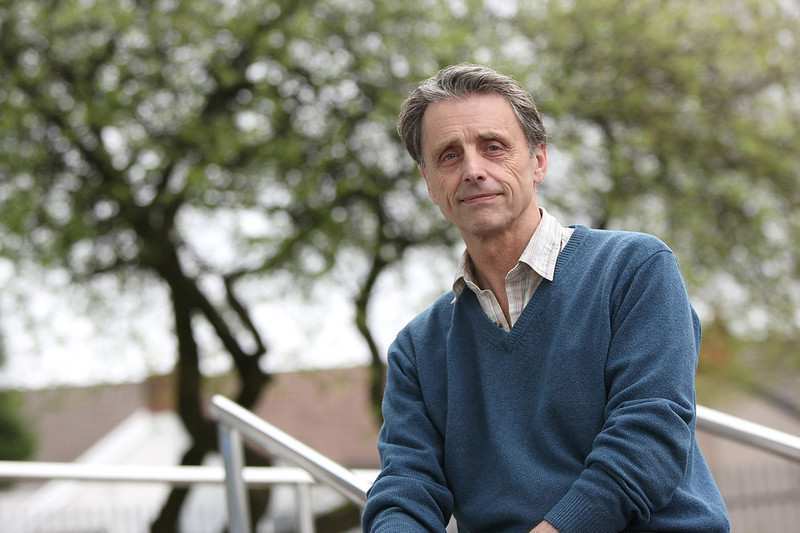 Professor Chris Meredith
Professor Diana  looks at the work of Christopher Meredith – whose book Shifts was on the ‘Greatest Welsh Novel of All Time’ shortlist – and what his writing says about modern Wales.


In June 2018, Christopher Meredith, one of the most talented, versatile and witty writers in Wales today, published a new book, Brief Lives.

This first collection of his short stories was launched at the Hay Festival.

This might seem a new departure for a writer who is known as a poet and novelist and who made his reputation in 1988 with his debut novel, Shifts, an account of the closing of a steelworks and still regarded as the novel of de-industrialisation in South Wales.

But, in fact, Meredith published several short fictions previously and this collection brings together four of these earlier pieces with two substantial new stories.

Brief Lives is published in part to celebrate the 30th anniversary of Shifts, which was recently shortlisted for the title of ‘Greatest Welsh Novel of All Time’.

So this is a good time to take stock not only of Meredith’s writing career (not a word he would use himself: ‘Career is what you do down a wet road without any brakes,’ one of his characters notes acerbically), but also of what his writing has to say about Wales today.

It is a fascinating, and unusual, experience to read a writer’s entire oeuvre from start to finish, tracing connections across their work and mapping the development of their style.

That’s what I’ve been doing over the past couple of years, while I’ve been writing a book on Meredith’s work for the Writers of Wales series (also published in June by University of Wales Press).

Inclusion in this series is in itself a mark of high standing, since it’s relatively rare for living writers to be included (other figures so honoured are the poet Ruth Bidgood, the novelist Emyr Humphreys and the travel writer Jan Morris).

Reading intensively across his poetry and prose allowed me to see continuities in his writing - his interest in work, for instance, and how it both shapes and destroys individuals – and how deeply these connect to his family’s location in the history and geography of his native south-east Wales.

This is the place – Tredegar, Troedrhiwgwair, Ebbw Vale - and the community which shaped him as a writer. In turn, Meredith’s work can be read as a history of this place and these people, and of Wales more widely as it has moved from rural to industrial to post-industrial and now to a more service-orientated economy.

Born in Tredegar in 1954, Meredith was the second living son of Emrys Meredith, a collier turned steel-worker, and Joyce Meredith, née Roberts, a former domestic servant. Himself the son of a collier, Emrys Meredith served overseas during the war with 44 (Royal Marine) Commando, taking part in the Burma campaign and then in the clean-up operation in the Far East.

His traumatic experiences feed into several stories in Brief Lives, most notably the opening story, ‘Averted Vision’, a brilliantly terse exercise in point-of-view set on a prisoner-of-war ship in the South China Sea in 1946, and ‘Progress’, where a former soldier deliberates over whether to return to the pit.

These are the experiences and events – of coal-mining, domestic service, war, post-war reconstruction – which shaped that generation and thus their children too.

Later, Emrys Meredith became a steelworker and Christopher Meredith worked for a time in Ebbw Vale steelworks himself before becoming a teacher in Brecon.

That experience fed into Shifts, which recorded the end of an era in 1977. It traced the lives of four characters trying to find a bearable way of living as the steelworks which had dominated the area closed down.

One major ‘shift’ recorded in the novel is the change in the kind of work available in South Wales - from male-dominated heavy industry to the marshmallow factory which will employ women – and the effects of this on personal and national identity.

In his most recent novel, The Book of Idiots in 2012, Meredith returned to the theme of work, examining the predicament of men who find themselves in what the anthropologist David Graeber calls ‘bullshit jobs’ and the deadening effect this has on their lives.

The stories in Brief Lives form an arc which lightly but intensely traces these generational shifts. They illuminate the ways in which human beings are shaped by historical processes of which they may be only dimly aware.

The stunning penultimate story, ‘Haptivox’, shows us a future world in which virtual reality is marketed as a palliative for old age: a young couple having a passionate sexual encounter turn out to be elderly, each isolated in a geriatric care home and communicating via voice-activated software.

Economical, vivid, often lyrical, and formally precise, this collection showcases Meredith’s impressive range of themes and technical ability, and allows us to recognise him as a major writer in and beyond Wales.