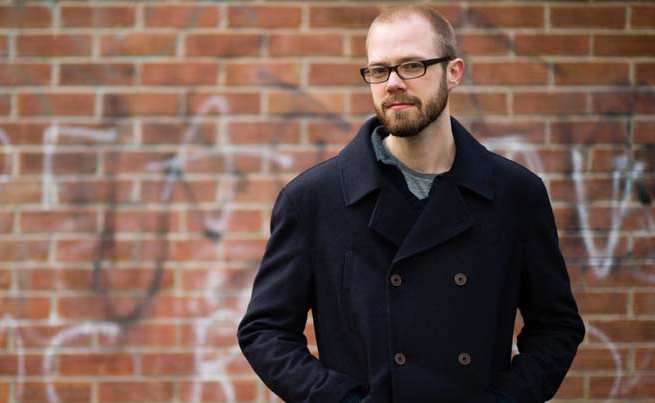 USW Creative Writing students ask lecturer and novelist David Towsey, one half of the writing partnership ‘D.K. Fields’, about the experience of writing the second novel in the fantasy-crime trilogy Tales of Fenest and the challenges of publishing.

What are the specific challenges of writing as a duo? And what are the benefits? (Tom Llewellyn)

The first challenge is to recognise just how different writing together is, even compared to writing alone and then helping each other with edits (something Katherine and I have done for a long time). It sounds obvious, but just the scale of that difference takes some time and experience to fully comprehend. Things you take for granted as a writer all become contested spaces – everything from character’s appearances and accents to the geography of physical spaces, it all has considered together. And that doesn’t just occur in the planning stages of a project, and it isn’t limited to the actual writing, either. It’s something we grapple with at every step. Some of our most heated discussions have been about ancillary stuff – cover images, blurb copy, even blog posts or interviews like this one. Put simply, there are no easy decisions when writing collaboratively.

But there are benefits to collaboration. Someone else does some of the writing! Again, it sounds obvious, but, as we’ve both written novels as individuals, that never ceases to amaze us. I can take a few days away from the project and, hey presto, when I return there are thousands of new words there. Magic. There’s also a lot to be said for having another person to bounce ideas off of when writing a novel – especially when that person knows it just as well, if not better than you do. You may have people in your life who you can talk about your writing with – friends, family, fellow students, etc – but it’s different when that person is directly involved and invested in that project.

What inspired you to write a mystery novel? (Leah Nicholas)

I’m not sure if you’d call this inspiration, but the mystery element of the first novel in the trilogy, Widow’s Welcome, came from a desperate need for a plot. We’d planned a lot of the fantasy world elements, and constructed a fairly convoluted political system, but that’s all window dressing, really. We needed something to drive the story forward, to keep the reader turning that page, and one of Katherine’s areas of expertise is crime fiction. I’d like to say we had the mystery element in place early, but it actually came quite far into the drafting process. We initially had a young civil servant for our protagonist (as opposed to the grizzled veteran detective) and they not only lacked the right energy, we kept having to jump through narrative hoops to get them into places, and get them into conversations, etc. After many discussions and failed edits we realised our protagonist was acting like police, but without the uniform and the badge to back it up. Embracing that change, and running with the mystery element, ultimately brought the whole project together.

In Tales of Fenest, the Union of Realms’ political system of telling stories to win votes is particularly poignant in today’s culture, where weaving narratives is increasingly more effective than fact or truth. Was this an intentional mirroring, perhaps even satire, of modern culture?  (Tom Llewellyn)

That mirroring is indeed the intention, and has been right from the start of the project way back in 2015. It was the Cameron vs. Miliband general election in the UK, and for us it was the first time we’d really noticed how dominant “narratives” were in the political landscape. And it wasn’t just the concept of spin – as English graduates we understood the way language could be twisted and bent to various purposes. But these narratives went deeper than just a botched bacon sandwich or a manifesto carved on a “headstone”. Strong and stable, or chaos; people’s underlying fears were being tapped into, and what better way to do that than tell them a story?

But we never imagined, back in 2015, that the blurring of fact and fiction would become such a pervasive problem. At that point, the UK still (broadly) trusted its experts, Twitter and Facebook were yet to be weaponised politically, and the most controversial deployment of narrative were the newspaper headlines – remember those?

That was the beginning of the Union of Realms, but as we’ve written the subsequent parts of the trilogy, we’ve definitely been influenced by the huge political events that followed. However, the defamiliarizing element of an imagined fantasy world has been very helpful to us as writers. Being fiction writers, and not political commentators, we felt more comfortable coming at such issues from a different angle. Just how satirical the resulting stories really are, we leave up to the reader.

Having been through the publishing process a few times, what have you found to be the biggest "surprise" challenges? (Noah Jenkins)

I was not prepared for taxes. No one tells you that every year you’ll be frantically trying to find receipts for deductible train journeys, hotels, books, or even coffees bought in expensive London cafes. Doing your own tax return as a “self employed writer” is even more painful and dull than it sounds. As I tell my third years in Writing for Publication: it really pays to be organised as a writer.

I’m also continually surprised just how many different roles a writer is expected to take on, how many different “hats” we wear. The best sellers and the famous get help with some of this, of course, but us mid-listers do our own promotion on social media, organise our own launches and events, write blog posts and interviews, source endorsements, and much more besides. It’s easy to assume the life of a published author is all about the act of writing creatively, but that’s only part of it. Arguably, an ever-decreasing part.

Looking back on how far you've come as a writer, what key piece of advice would you give your past self? (Jack Thurston)

I’d tell myself: stop with the tantrums. Too often I threw my toys out of the pram during this long journey. I stamped my feet and said, ‘I can’t do this!’ or ‘Why hasn’t x happened yet?’ I experienced doubt all the time, as every writer does, but I’m not entirely proud of how I carried that doubt. Writing has been a marathon, at every stage a marathon, never a sprint. I’m only just now managing to find the right kind of patience for it… I hope.

Did you always want to be a writer from a young age? (Devon Palmer)

Writers get asked this a lot, and I feel like my answer is a disappointing one: no, I didn’t always want to be a writer as a kid. I think people like the romantic idea of writing being the fulfilment of a lifelong dream. I assume for some it is. But I didn’t start thinking seriously about pursuing writing as a career until my creative writing undergraduate degree (and probably too far into said degree, if I’m honest). Being surrounded by like-minded individuals, who thought writing and reading were not only important in life, but essential, was transformative. Now, it’s hard to imagine not having such people in my life – but my degree really was the turning point for that.

What do you enjoy most about being a writer? (Devon Palmer)

This is a tough one – I’m not one of those writers who skips to the desk each day and bashes out thousands of words, smiling the whole time. For me writing is work. Mostly hard work. Pulling teeth-level work.

So, I’d have to say the thing I most enjoy about being a writer is that, on occasion, people read something I have written. I find myself continually amazed that, given all the millions of books out there, someone picked up mine. That does bring a smile to my face.