Texts which use the fewest words are always most compelling

I sometimes write about prose, but I’ve been drawn to poetry since I was at school. I sometimes wonder if it isn’t perhaps a form of laziness, but curiosity probably comes closer. For this reader, texts which use the fewest words are always the ones which seem most compelling. It feels as if they give me room to think. In fact, however, the poems which prompt the strongest response in me demand rather more of a reader than that: the best ones challenge me to think very hard about what they seem to say and will typically prompt many more questions than they ever answer. Those tend to be the poems I come back to; it’s a bit like wanting to get in touch with a good friend you’ve not talked to for a bit, because you want the stimulation of their company, their ideas and thoughts and views, and because they’ll tease the same out of you. And for both those reasons you invariably want to spend more time with them than you ever seem to get. To my perhaps obsessive mind, language animated in the event of a poem, an event which is by definition directed and energised by its formal behaviour, invariably makes the most exciting fictional prose seem dull. Which is why I rarely read novels. I’d always rather sit down with a couple of poems, see what they prod me into thinking about, and consider why and how they do that.

For most of my career I’ve tended to write on contemporary poetry; if I’m honest this is probably because I enjoy working in a space by myself. The less a writer has been written about, the more likely I am to want to write on them myself. This is partly why my books to date have focussed on poetry by women, often women who are very much still alive and still writing. Indeed I frequently discover that they’ve produced new work just as I am settling down to write about something they published some time ago. I always feel that this part of my job – writing about a poet who is still at work, doing what they do – comes with a considerable degree of responsibility. Through the ages women have produced wonderful poems, but only relatively recently (that is, my own critical lifetime) have they started receiving the kind of attention which for centuries many of their male peers could take for granted. As a result the historical record suggests that poetry by women couldn’t have been worthy of attention; the implication is that – if it didn’t feature in the general chat, or excite admiration – it had to have been slight or dull: unworthy, in short. And that’s nonsense, of course.

I’m currently completing a critical study of the bilingual poet Gwyneth Lewis, the very first National Poet of Wales. As a writer, she makes for rewarding company: she’s funny, informed, sensitive – like any good conversationalist, she’s interesting to be with. She doesn’t rest on her laurels. Each new collection finds her refining a new aspect of her writing, or testing out a new technique. I enjoy the energy of her thinking, and the cunning with which she makes use of rhyme and rhythm, without it ever sounding contrived. Words can behave so flexibly in poems. As Lewis proves, a swipe of rhyme here, a line-break there, a change of pulse or a unexpected image can completely transform a text; make it say something you never saw coming.

You don’t have to live in Wales to appreciate the issues and ideas which a poet of this order chooses to address, any more than you’d have to know anything about Welsh to appreciate the skill with which Gwyneth Lewis crafts anything she writes. On the other hand, of course it helps to have some sense of the cultural context in which we both live. I can’t imagine walking across Roald Dahl Plass – the piazza-like space which lies at the centre of Cardiff Bay – without glancing up at the window-words sliced into the bronzed frontage of the Wales Millennium Centre. Not so much words as a poem. Indeed, using English and Welsh, a bi-lingual one. There still seems no more (literally) illuminating or joyous testament to Wales’s creative history and life than that striking architectural feature, which is of course also a powerful piece of installation text-art. Its words were specially composed by Gwyneth for the building. Here’s hoping I can do her justice in my book.

Of course we know that creativity isn’t controlled by gender any more than it is by cultural history or identity, skin colour, language-use or sexual orientation. Yes, I sometimes call myself a feminist literary critic. But I prefer to think of myself as a gender critic, as a rule. Expectations about gender affect how all kinds of writers are read by all kinds of readers. I’ll never lose interest in that. The degree to which prejudice colours expectations, even today, in ways which range from the very subtle to the thunderingly obvious, never ceases to amaze and frustrate me. If I write about women authors, gay authors, authors of colour or migrant authors, it will always be because I want to draw attention to their art; art which justifies scrupulous, thoughtful reading. I want to draw new as well as existing readers to the strength, quality and value of what they are doing.

Those responses in me are more often than not linked to deep political irritation even indignation; perhaps I’m contrary-minded but I like proving any sceptic who might be reading me, or Gwyneth, or any other writer I might have chosen to examine, wrong. I want to do what I can to dismantle the kinds of unfair assumptions which might be preventing someone from experiencing a poet’s work for themselves. Why shouldn’t a writer of colour, perhaps one whose views have placed them and/or their families in some kind of peril – one who might have arrived in Wales as a refugee or migrant – be as brilliant and challenging and instructive as any other? And why shouldn’t they deserve critical attention and careful reading for those reasons, as well as for everything else that might be admirable and inspiring about them?

I’m hoping to submit the book on Gwyneth very soon; my poor publishers have been waiting for it long enough. And anyway I am longing to get on with the next one, which is going to be quite different from the other things I’ve written so far in going back to the thing about poetry which has always interested me most of all: its behaviour, or ‘form’. And in looking first and foremost at that – at how different poems work; at the mechanisms which feed into and are produced by language in all kinds of ways – I’m going to be able to think and talk about a host of different poets and poems. I genuinely find it hard to imagine spending time in a more diverting or pleasurable way. Given that I don’t (yet) have a natural swimming pool in my garden. I’m not altogether sure that writing stuff about other people’s poetry is ever going to fund that pipedream, if I’m honest. But I can keep hoping. 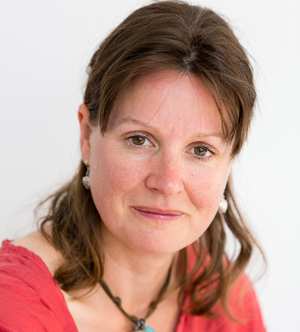 Professor Alice Entwistle specialises in poetry, usually contemporary, and often (though not always) by women. As much a literary geographer as cultural and gender critic, her work invariably comes to rest on the richly interactive relationships which link writers and different forms of aesthetic expression to places; she is also interested in creative-critical writing and cross-disciplinary collaborative practice in the arts and humanities.

Her forthcoming book on Gwyneth Lewis will be published in the Writers of Wales series by University of Wales Press. Previous publications include In Her Own Voice: Women talking poetry and Wales (2014); Poetry, Geography, Gender: Contemporary Women Rewriting Wales (2013); and, with her colleague Jane Dowson, A History of Twentieth-Century British Women’s Poetry (2005).

Alice is a member of the Centre for the Study of Media and Culture in Small Nations and contributes to the George Ewart Evans Centre for Storytelling.