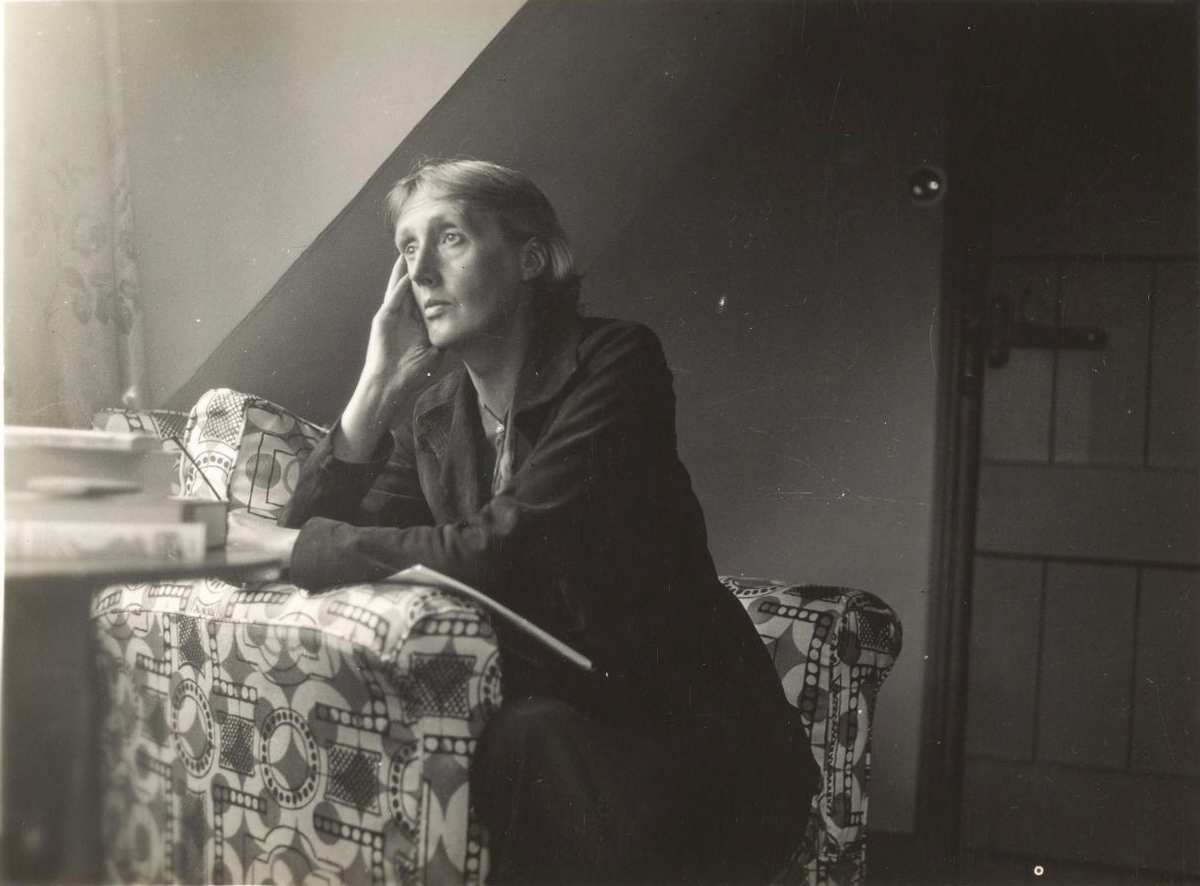 During the Covid lockdowns I read my way through Virginia Woolf’s diaries. My current project is a monograph on modernist historical fiction and I wanted to trace Woolf’s responses to the work of Walter Scott, often (wrongly) seen as the inventor of the historical novel. Both Woolf’s parents loved Scott’s novels and often read them aloud, and her father gave her a copy of Lockhart’s Life of Scott from which she discovered his diaries. Her own work engages with, and parodies, Scott’s novels in ways which foreground the shift from the tradition of nineteenth-century realism to modernism.

Woolf’s published diaries fill six volumes so there was plenty to keep me going. And the diary form – diurnal, vivid, often fragmentary - was in many ways ideal pandemic reading, particularly when so many of us were juggling online teaching, home-schooling and other stressful responsibilities. I could pick up the diaries when I had time without feeling that I’d lost the thread of a plot. And when I just couldn’t stand sitting at my computer a moment longer I could take them out to the garden.

The diaries start in January 1897, when Woolf was 15 (two years after her mother had died) and continue, with intermittent gaps, until her own death in 1941. To read these chronologically, rather than in sections as I’d done before, felt like a strange, intimate, privilege. Woolf wrote her diaries for many reasons: to learn her craft as a writer; to try out ideas; to note her reading; to track the progress of her current book; to write out what she called ‘the fidgets’; to record events; to try to understand difficult and painful emotions. (The death of her mother was followed by the death of her half-sister Stella in 1897, her father in 1904, and her brother Thoby in 1906.) There is a sense that Woolf is writing for herself, now and later (‘old Virginia’ as she calls her future self), but also for the readers and biographers that, as her reputation increases, she suspects will read even this private document. Writing is the way Woolf makes sense of the world and even in the diary, often written at speed, she wrestles with the difficulty of finding the exact word to capture the flight of the moment. 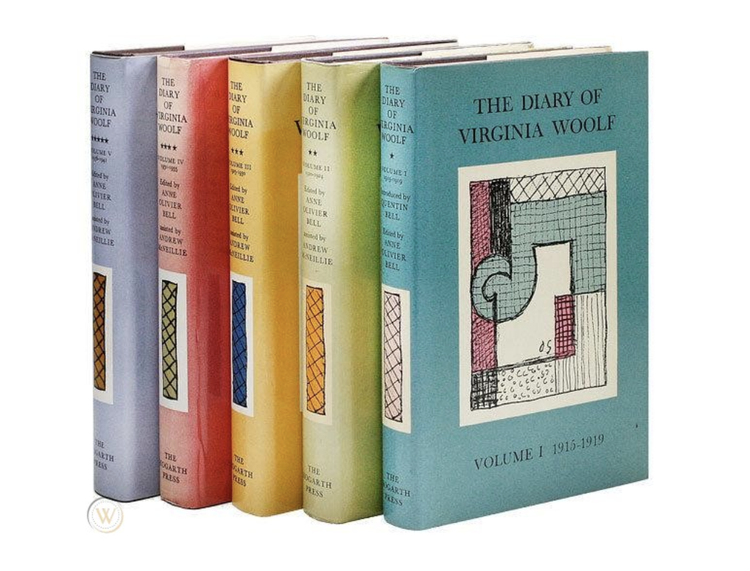 Reading the diaries in 2020-21 I found myself focusing on different things. I’d known about the 1918 Spanish flu pandemic but now the fact that Woolf’s Mrs Dalloway in the novel of that name has a weakened heart as a result of ‘influenza’ took on a new significance. Woolf herself records having flu badly several times in the diaries and I wondered how, as with ‘long Covid’, this affected her physically and mentally. Mrs Dalloway has the feeling that ‘it was very, very dangerous to live even one day’ and that sense of the fragility as well as the richness of life runs through the diaries.

What gripped me most, unexpectedly, was her account of the dangerous days as Europe tilted inexorably towards the Second World War. In 1935 Woolf accompanied her husband, Leonard (and his marmoset Mitz), on a trip to Germany to see for themselves the political situation there.  Given that Leonard was Jewish (and both Woolfs ended up on Hitler’s black list) this was courageous. In Bonn, where banners reading ‘The Jew is our enemy’ and ‘There is no place for Jews in ___’ stretched across the street, they got caught up in a crowd of flag-waving Nazi supporters waiting for Goering who, bizarrely, cheered for Mitz.

When the war started Woolf’s Sussex home was under the flight path of German bombers heading for London and would have been on the front line of any invasion. Her account of the contraction of daily life – ‘Civilisation has shrunk. The Amenities are wilting’ - under the pressure of rationing, blackouts, petrol shortages, and worry about friends and family, resonated with the restrictions of lockdown. Now as we watch what is happening in Ukraine the international events she records have, horrifically, a fresh resonance too.

Through all this Woolf kept reading and writing, publishing her novel of the present as history, The Years, in 1937; her forensic analysis of the connections between Fascism and the patriarchal state in Three Guineas in 1938; her biography of her friend the artist and critic, Roger Fry, in 1940; and, finally, posthumously, her brilliant pageant-novel of English history, Between the Acts, in 1941.  Popular narratives about Woolf have tended to focus on her episodes of mental illness and her suicide. But these diaries show her courage and clear-sighted resilience: ‘Thinking is my fighting,’ she writes. As a woman, a reader and a writer Woolf was extraordinary. But what she shows us above all is the importance of art in making sense of a world which is dangerous, chaotic and fragile but can also offer us beauty, compassion and hope.

Professor Diana Wallace’s Modernism and Historical Fiction: Writing the Past will be published by Palgrave.

Professor Diana Wallace is the Head of English Research Unit  and co-director of the Centre for Gender Studies in Wales. Diana works mainly on women’s writing. Her research interests include historical fiction, the Gothic, Modernism, and Welsh writing in English. She is co-editor of The International Journal of Welsh Writing in English and co-editor of UWP’s series Gender in Studies in Wales. 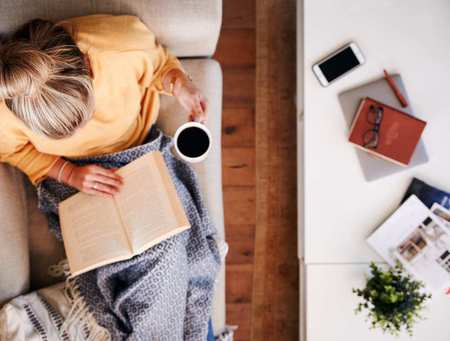 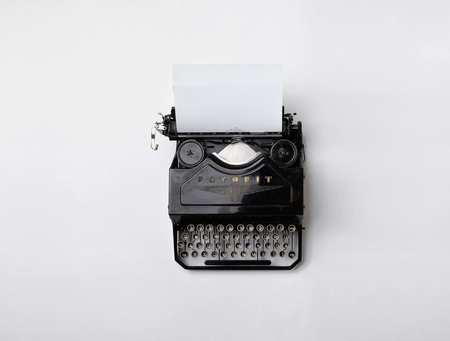 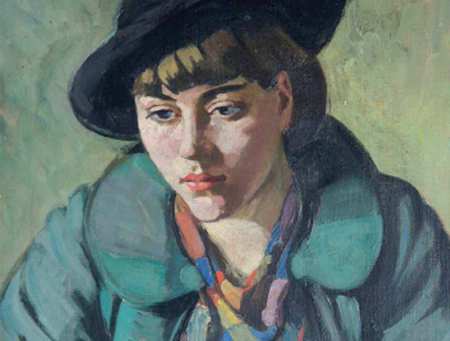