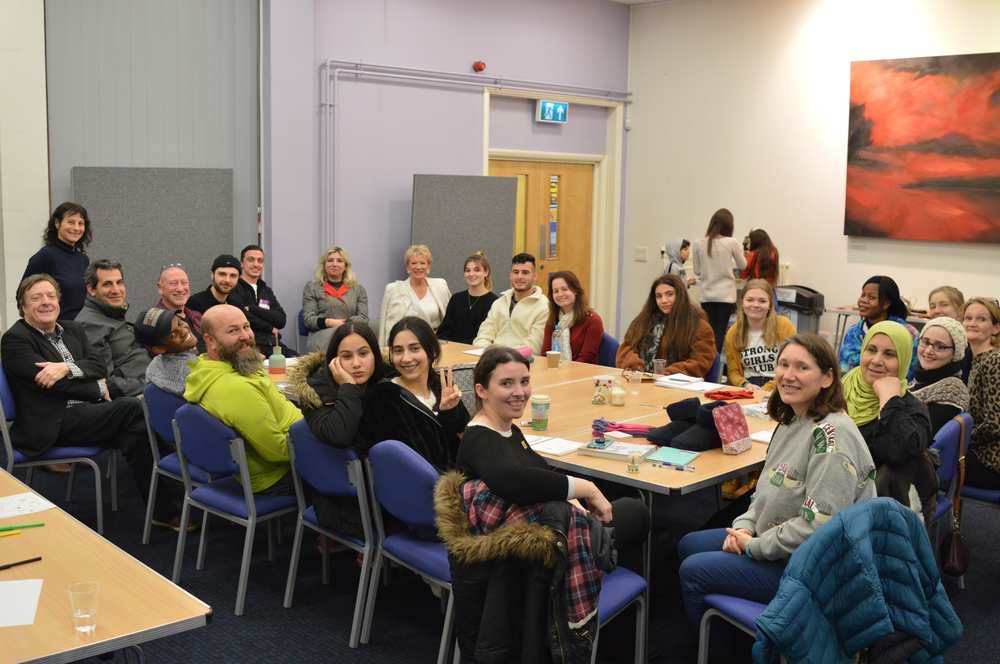 The Speak to Me project held at The Meeting House, USW

In January and February 2020, resettled Syrian and Sudanese refugees were partnered with local English speakers to work together in a series of creative writing and speaking workshops in which they responded to prompts about celebration, food and friendship.

The partnership approach created an atmosphere of collaboration and confidence as the refugees were encouraged to use English in a creative and expressive way. The project set out to aid language acquisition, but it also exemplified how integration is a two-way process.

Barrie Llewelyn, the English researcher who led the project said: “The workshops illuminated how integration is a two-way process. Real friendships have been formed and will continue. We hope that the project, which is funded by USW and Literature Wales’ Literature for Wellbeing Fund, can be developed into a book which can be given to newly-arrived refugees.”

Nisreen, 19, who took part in the project, moved to Wales from Syria via Lebanon with her parents, two sisters and brother.

“When we left Lebanon, we didn’t know where in the UK we were moving to. We didn’t know anything about Wales or the culture, so it was very difficult. We had very basic English skills; alphabet, numbers, and some limited words.

“I was 15 when we moved to a new country. I went straight into the end of year 9 at high school, so straight into GCSE level work in a language I didn’t speak. I found it very difficult to make friends because of the cultural barriers. 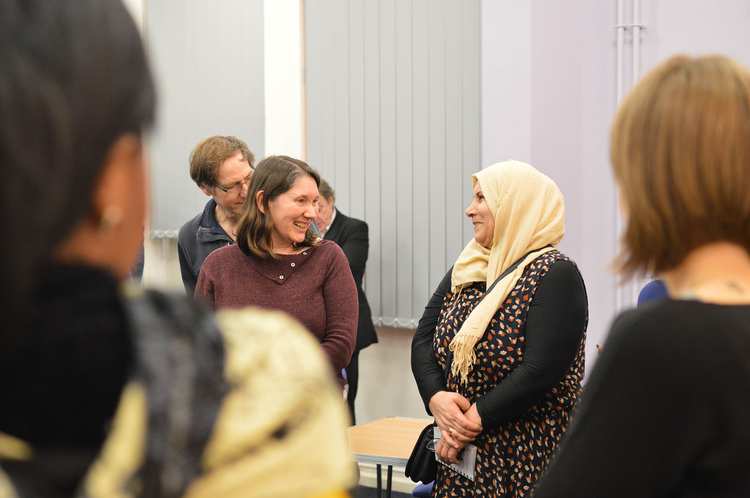 “At the workshops, my partner Cerys and I would talk about different topics such as hobbies and interests, clothing, traditions etc. One day we brought in traditional Syrian food for everyone to try. I wrote poems based on our talks and read them to the group.

“The workshops really helped me with my English. I gained confidence, as well as made friends. We have met up since the workshops ended.

“I am hoping to go into school at the end of June to find out the next steps. I have got offers to study at both Cardiff University and USW.” 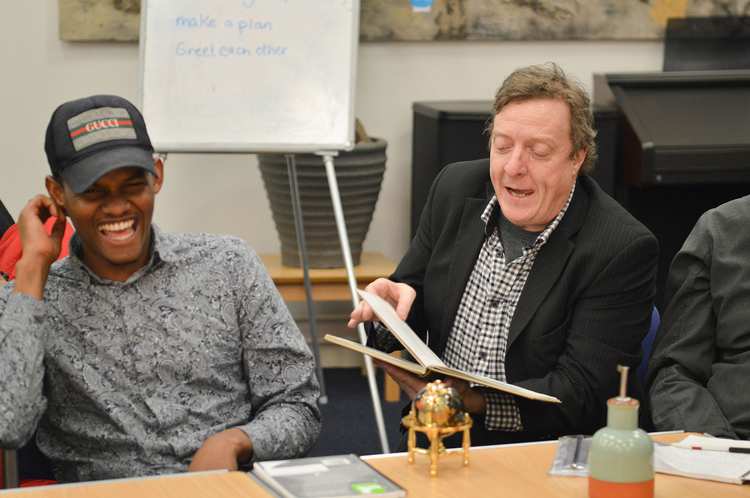 To celebrate the success of the Speak to Me project, an online event takes place on Thursday 18 June which will showcase a collage of photographs, video and the sounds of the refugees and their partners in conversations.

This will be followed by an exhibition of work in USW’s Oriel y Bont as soon as campus reopens. In the meantime, you can see the virtual exhibition here.

Book your place at the online event