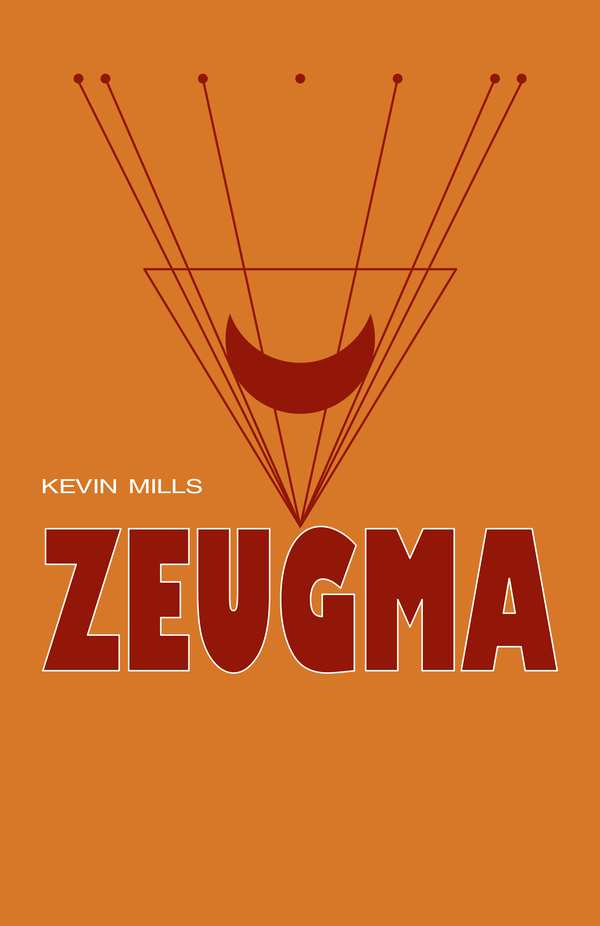 Playful and erudite, the poems in Zeugma build on Kevin’s long-standing fascination with language and representation.

Zeugma names both a place and a figure of speech. The ancient Seleucid city of Zeugma in southern Turkey took its name from a bridge that crossed the Euphrates there (zeugma means ‘bridge’ or ‘crossing’ in ancient Greek). In literary terminology, a zeugma is the use of one word to modify two other words in different ways: ‘she crossed herself and the river’.

This collection explores unexpected connections and disconnections, bridges and the unbridgeable, bonds and severances that shape our culture and ourselves. Spanning the gulf between ancient and modern both in subject matter and form, the collection juxtaposes formal verse, free verse, spatially self-conscious poems, emblem poems / concrete poems, and prose, connecting and disrupting a wide range of styles, modes and traditions.

Zeugma includes a new sequence of poems inspired by St Cadoc. This little-known saint, once a contender for patron saint of Wales, was the subject of Kevin’s earlier pamphlet, Stations of the Boar, and the play by his brother (Vic), Cadoc and the Drowned Boys. The play was performed in churches named after St Cadoc across south east Wales.

I sing this song for you, repeating at noon

what I heard at midnight. High as heaven,

wide as earth, I know you are listening.