English research at USW has longstanding and internationally-recognised expertise in creative writing, Welsh writing in English, women’s writing, contemporary poetry, genre fiction (particularly historical fiction and science fiction), and Gothic studies. Synergies between literary critics and creative writers in the team have led to the development of innovative research in critical-creative writing.

A keen interest in textuality and cultural spaces – on spatial politics, landscapes and literary geographies from Wales to Australia – is another element which links research and writing produced by members of the unit. Research in TESOL is an emerging area with innovative work on ESOL provision for migrants and refugees, and on the knowledge of or about grammar in relation to TESOL.

Staff members’ research interests range from medieval literature to that of the present day, and recent critical publications include books and articles on Welsh writing in English, women’s writing, historical fiction, ghost stories, postcolonial literature, and the poetry of place.

Our creative writers have between them been awarded an impressive array of prizes and honours for poetry and fiction. Many of the graduates of the MPhil in Writing have also won literary awards.  The English Research Unit also hosts conferences, research seminars and public lectures.

TESOL and the Welsh response to supporting refugees

Working in collaboration with the Welsh Refugee Council (WRC) and Rhondda Cynon Taff local authority, Dr Mike Chick has been researching the provision of ESOL to forced migrants in south Wales and beyond.

Language skills are essential to the integration of refugees and asylum seekers. Speaking English is key to accessing work and educational opportunities as well as helping with social and cultural integration. And yet forced migrants often face long delays before they can access English classes.

Since 2014 Dr Chick has led an innovative collaboration with the Welsh Refugee Council which enables trainee language teachers from USW to offer classes to refugees. And since 2016, he has been working with officials and voluntary organisations in Rhondda Cynon Taff to advise on the provision of English classes for Syrian refugees who have been resettled in the area as part of the Syrian Vulnerable Persons Resettlement Scheme (SVPRS).  In these roles he has met and taught hundreds of refugees and asylum seekers.

Dr Chick’s current KESS-Funded research project looks at the barriers faced by refugees who look for educational and employment in south Wales. It aims to identify the ways in which language teaching can give refugees the skills which will help them to find work and integrate into their communities.

A comedy drama based on research by English Professor Kevin Mills seeks to unravel the history of St Cadoc, the founder of Christianity in Wales.

Cadoc and the Drowned Boys is a play written by award-winning playwright and director Vic Mills, inspired by the research and poetry of his brother, Professor Kevin Mills, and explores the life of the 5th century Abbot.

The play opened at Blackwood Little Theatre in July 2019, before touring seven churches across South Wales which were named after St Cadoc.

Vic formed the new theatre company, Contemporancient Theatre, this year to encourage communities to explore their own stories of past and present.

This exciting new piece of theatre retells the ancient tale of two young men who drowned in the sea between Barry and Flat Holm; reimagined as the focus of a project by three modern-day drama students. As their roles merge with those of the ancient characters, questions of faith, intolerance, morality and identity are explored.

The characters, played by a cast of three professional actors – Matthew Curran, Jemima Nicholas and Gareth Price-Stephens – help uncover a darker story than they could have imagined; of abuse, misogyny and obsession.

Explaining the reasons for co-writing the play, Prof Kevin Mills said: “Place names have interested me since childhood, and a few years ago I started to notice that South East Wales has many churches dedicated to Cadoc / Catwg, and several villages are also named after him.

Prof Kevin Mills“His influence on the post-Roman shaping of Wales must have been very significant for the traces of it to survive into the present, and once I began researching the subject, I found that the stories about him were a rich blend of pagan Celtic mythology – a longstanding interest of mine – and Christian traditions.”

The play’s Director, Vic Mills, added: “Churches are incredibly theatrical spaces, and what goes on in them is theatrical, so they lend themselves to drama. It has been challenging to adapt our work to different performance spaces, as some of them are very small, but we’re excited to see the audience reaction.” 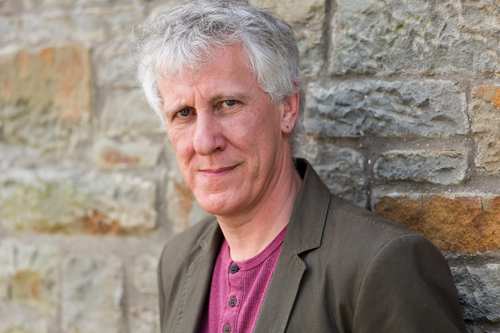 The work was exhibited at the end of May 2016 in the internationally known gallery Plas Glyn Y Weddw, in Abersoch, Pen Llyn, and again in ffotogallery (Turner House, Penarth) later in the year.

English staff have collaborated with the curators of USW’s museum-status Oriel y Bont on several exhibitions including Issue International, 2019; Interior Monologues 2019; Vis-à-Vis, 2018; Engaging with the Past,  2015, and The River Next Door, 2015.

‘Interior Monologues’ is an exhibition and zine publication highlighting the work of seven artists and eight writers all working in response to artworks selected from the USW art collection.

The title of the exhibition is a play on words meaning both a person's inner voice and the personal truths revealed through choices of interior décor. As a literary device the Interior monologue creates a window into the mental processes of a character. Modernist writers such as May Sinclair, James Joyce and Virginia Woolf used interior monologues to challenge literary form and to convey the psychology of their protagonists.

The USW writers – Tony Curtis, Cathy Dreyer, Judith Goldsmith, Dale Frances Hay, Maria Lalić, Colum Sanson-Regan, Melanie Smith - were invited to contribute stream of consciousness writing in prose or poetry which was then displayed in the gallery alongside with the artworks and printed in the accompanying free zine.

The 2014 REF results reflect the longstanding commitment of USW creative writers and English scholars to engaging with the wider community outside the academy as demonstrated in our two Impact Case Studies.

As a prize-winning poet, novelist and teacher of Creative Writing, Emeritus Professor Philip Gross’s work is concerned with the development of individuals’ creative practice (both adults’ and children’s), outside the academy as well as inside it. His work has led to a wider awareness of the ways in which creative process can enhance our understanding of some of the most urgent challenges of contemporary society.

His work has enhanced consciousness of environmental issues and impacted on thinking about the disintegration of language and its implications for the personality. 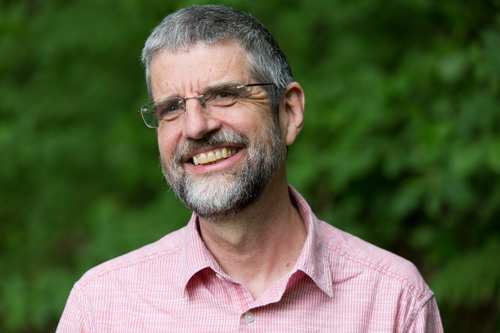 Since 1997 Professor Jane Aaron has been the founding and continuing editor of the series ‘Welsh Women’s Classics’, published by the independent Welsh feminist press Honno. The series aims to bring back into print virtually forgotten texts. Twenty-two volumes have appeared to date, five of which Aaron edited and introduced.

Their impact on the reading public and on higher educational institutions in Wales has been considerable; far more Welsh women writers – the majority of them published in the series – are taught, researched and read today than in the mid-1990s. 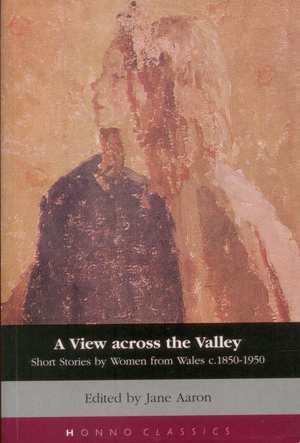 An interdisciplinary and collaborative research project established and led by Professor Alice Entwistle, Professor Philip Gross and Professor Kevin Mills, Border/Lines brings together poets and critics to stage innovative encounters and events. It aims to create a variety of outcomes including video and sound recordings, a database and published poems and articles. The project has hosted two events: ‘Esturine Environments’ (Chepstow, 24 January 2010) and ‘Orpheus at Glasfryn’ (Abergavenny, 17 November 2010), as well as leading to the ‘In and Between’ project.

Interweaving film, poetry, performance and critical reflection, this collaborative site-specific practice-as-research (PaR) project involves academics and creative practitioners from the Border/Lines group working with colleagues from the Faculty of Creative Industries, in association with the Centre for the Study of Media and Culture in Small Nations. Outcomes include an inter-active web-based poetry film ‘Flow and Frame’ by Emeritus Professor Philip Gross and film-maker Wyn Mason.

Emeritus Professor Christopher Meredith’s interest in art, history and landscape of Wales led to a collaboration with environmental workers and visual artists, ongoing since 2010, on the multi-media Woollen Line and Bog~Mawnog Projects, originated by artist Pip Woolf. These entailed pegging lines of sheep’s wool across fire-ravaged areas of peatland in the Black Mountains, creating an art installation to repair and draw attention to environmental damage. Meredith’s poems for the projects, commissioned by Woolf and funded by The Arts Council of Wales, have been a key part of two exhibitions at Brecknock Museum and in Crickhowell (2011, 2012), with approx. 5,000 visitors, and have led to podcasts, a radio broadcast, public lectures and readings. They were published in Black Mountains: Poems and Images from the Bog~Mawnog Project (Mulfran Press, 2011) and formed part of Air Histories (Seren, 2013).
See Pip Woolf’s website, A Woollen Line, for more details on this project. You can listen to Chris’ reading of Poems from the Black Mountain here.