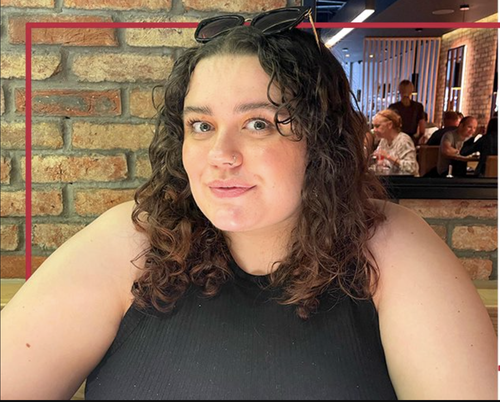 Rachel recently completed her Masters by Research in English Literature, passing her viva with no corrections. Rachel works full time as a CRM and Email Marketing Officer.

Tell us about your Masters…

I wanted to study part-time, which is the path most people choose for a Masters by Research. There are no lectures, but I had regular meetings with my thesis supervisors.

My research is into the work of author Margaret Atwood. I had read some of her work at uni but when I finished my undergraduate degree, I started to read her earlier work from the 1960s and 70s.

Atwood's work can be seen as a form of activism, with her more recent publications commenting on political and climate issues. Some of her earlier work had lots of feminist themes. I noted how she focuses on female bodies, particularly fat bodies and how these are portrayed in society. I picked up on links that are still relevant today with the growing body positivity movement. I wondered if any modern writers have been inspired by Atwood and I found two authors who were clearly influenced by Atwood to write about fat female bodies.

The first novelist is Sarai Walker, who wrote Dietland in 2015. There are clear parallels with Atwood's novels and many critics have compared the two. I noticed they created similar protagonists. Secondly, Mona Awad, Canadian author of Thirteen ways of looking at a fat girl. Again, using very similar themes to Atwood but much more recently in 2016.

I was interested in how each writer dealt with the choices their protagonists had. Atwood's fat protagonists had less freedom to live the lives they wanted because of the era they were set. Walker and Awad's protagonists existed in different eras so I used the relevant waves of feminism related to each novel to analyse whether this meant their choices differed from Atwood's protagonists.

How have you managed to balance work and study?

When I started working full-time, it became more difficult to juggle, but I am passionate about my job and academic work so have found ways to make it work. Also, my thesis supervisors, Diana Wallace, Nicholas Dunlop, and Emily Underwood-Lee have been fantastic.